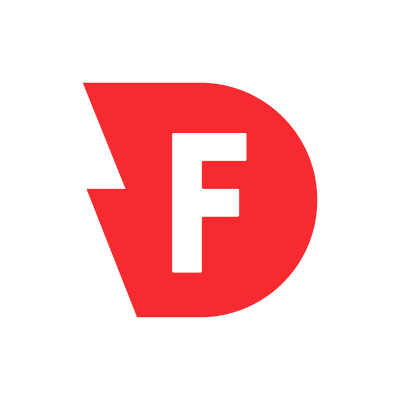 First, let’s get the easy part out of the way, the definition.

Data warehouses were created in part to offload analytics from traditional relational databases because the various applications that ran on top of these databses were already overloaded. But the other, more technical reason is that OLTP databases - such as DB/2, MySQL, Oracle, Postgres, and SQL Server - were not as good for OLAP because they were row-based. Columnar storage is much better for general purpose analytics.

Why? Most analytics workloads need the ability to pull a large set of rows from a much larger table, or tables, using predicates (conditions like equal) based on a few columns. Row-based databases Are great for updating and deleting data fast, supporting transactions, and doing specific “one row” lookups. But they store a table as one row after the other sequentially. In order to execute the conditions you first have to read each full row just to get at each column value.

Columnar databases make analytics faster by storing each column sequentially. It means you only need to read the column, not the entire row. You can also compress each column if they have repetitive values, which makes reads even faster. There are other more advanced tricks like query vectorization. But in short, columnar is much faster and more efficient for analytics. Columnar storage with advanced indexing is the fastest.

In other words, row-based databases are great for transactions, and column-based databases are great for answering questions. This is an important point. A data warehouse and columnar storage is not just for traditional analytics or OLAP. it’s good for asking many other types of complicated questions to support operations or deliver new services, such as:

A decade ago, data warehouses had a lot of challenges with speed, scale, and cost. In response, the analytics database market became very fragmented as different technologies emerged to solve slightly different problems.

So what are the major differences between data warehouses, data lakes, federated query engines, and the various types of specialized analytics databases, and how should you choose between them for each type of project? After all, functionally a data warehouse, data lake and federated query engine, and the various specialized analytics databases can all run queries.

In short, you should answer three questions:

Based on your answers, here are your choices:

If you want to learn more about choosing between Druid, ClickHouse, and Pinot vs data lakes and data warehouses, you can read this blog.But please note: you will most likely adopt all of these technologies over time as part of your end-to-end modern data stack because each serves a different purpose.

You will likely have a decentralized data pipeline that feeds into a data lake, and then either from the data or directly into data warehouses and databases depending on the types of data. Your data pipeline is effectively your data. When implemented properly, it gives you the flexibility to add or change databases and data quickly.

With a traditional coupled storage-compute architecture your compute cluster has to hold the entire data set and run all the queries. This is also the case with all specialized analytics databases.

Over time several relational databases have added replication to scale out query loads across identical clusters, and separate reads and writes. But these architectures are limited in scalability because each cluster must still hold all the data and you cannot completely separate compute workloads.

Amazon Redshift is unique as the only cloud data warehouse which was originally a coupled storage-compute architecture built using ParAccel technology. Redshift now has a hybrid architecture where you can execute federated queries via Amazon Redshift Spectrum (which is similar to Amazon Athena) and also deploy newer RA3 nodes that only cache the data they need, not all the data. But you still cannot completely separate queries across different clusters.

In a decoupled storage and compute architecture used by Snowflake, BigQuery, and Firebolt, you can bring up any cluster with a subset of the data and distinctly different queries and users. You can also add or remove nodes for each cluster with a few clicks. This not only makes scaling better, easier, more cost-efficient. It also allow you to isolate workloads from each other, and support different service level agreements (SLA) for each workload.

One last, and very important point. Do not assume modern cloud data warehouses are faster. On premises data warehouses have been hardened for decades and can be very fast. Even Redshift can be faster than Snowflake or BigQuery. Make sure you run your own benchmarks on performance and price-performance to understand the differences.

Comparing cloud data warehouses can be confusing. Over the last decade, the number of options have exploded.

That’s not even including the federated query engines or specialized analytics databases.

Making the right choice partly requires a deeper understanding into how these data warehouses and query engines compare both based on features including:

You also need to evaluate each cloud data warehouse based on the use cases you need to support, which include:

In short, here is what you will find:

This guide is meant to help you with that journey. It is broken down into three sections, which you can read through in any order:

Remember the words on the Hitchhiker’s Guide to the Galaxy: Don’t Panic. Implementing your modern data stack, and choosing the right data warehouse(s), data lakes, or federated query engines does not need to be a hard journey.

How did Agoda scale its data platform to support 1.5T events per day?

Postgres and MySQL for Analytics - Meeting the 1 second SLA

Learn when to use Postgres, MySQL, in-memory databases, HTAP, or data warehouses to meet the 1 sec SLA in analytics.

It’s the mother of all development projects. You use it daily. And so do 65M developers around the world.