"We improved performance by using Firebolt, and our reporting became nearly real-time - below one-hour latency in reports."

The Challenge: Ingesting and Analyzing Over 200M Records Daily

As a rapidly growing startup in the ad tech space, Infy.TV had been hard-pressed to build out a scalable architecture to handle frequent data ingestion and low-latency queries for their bespoke, customer-facing financial metrics dashboard.

Infy.TV currently generates over 200 million records per day. Efficiently ingesting and analyzing these kinds of data volumes maxed out the capabilities of a scaled-out instance of Postgres on AWS’ RDS (Relational Database Services) offering. Ingestion from Infy.TV’s in-memory Aerospike document store into an aggregated form in RDS could only be processed once a day. The architecture for the RDS cluster simply couldn’t scale for high-performance analytical queries, and the cost of the entire setup was becoming prohibitive.

Infy.TV turned to Firebolt for its high-performance, hardware-efficient and cloud-native scalable architecture for analytics workloads.

In Firebolt, Infy.TV initially set up a data retention policy of 90 days, capturing, storing and analyzing 18 billion records on a rolling basis. With some modifications to the target data model, as well as some minor tuning of Firebolt’s primary index on the primary fact table, Infy.TV established sub-second query performance on this massive dataset with little system configuration, on a very modestly sized engine. Users are now able to access deep insights into their content performance metrics via both customer visualizations and Looker dashboards.

Infy.TV’s data model and query requirements introduced some novel challenges, which have been solved with the following approach:

We improved performance by using Firebolt, and our reporting became nearly real-time - below one-hour latency in reports. 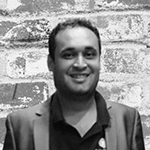 Firebolt showed the best performance but also didn’t require any additional pre-processing. Raw data was loaded and was ready for dynamic querying at sub-second performance

Leveraging Firebolt has opened new revenue streams for the Dealer Trade Network with the ability to provide dealer-specific reports on a daily basis.